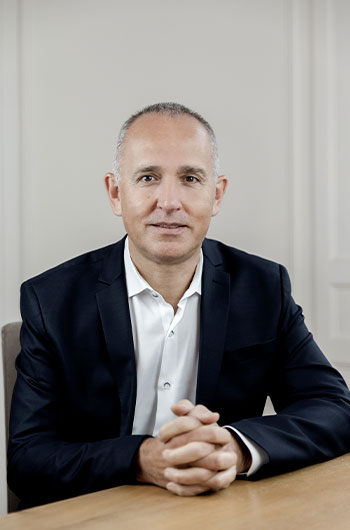 Hervé Quéré has developed extensive expertise in corporate tax by assisting French and foreign groups. He is also frequently involved in real estate taxation for residents and non-residents as well as in the field of wealth taxation. He has developed real expertise in intangible assets taxation (research tax credit, intellectual property rights) and overseas taxation.

He began his career with the tax administration in 1989, first as an auditor in the National and International Audits Directorate (DVNI), then as head of the fraud squad and finally as departmental inspector. In 2002 he went on to work for the Tax Legislation Department (DLF) in the Direct Corporate Taxation office as head of section and then as deputy head of office. From 2008 he continued his career as a tax attorney with Baker McKenzie in Paris, where he was able to exercise his skills in the three aforementioned areas.

Hervé joined the firm in January 2020.

He holds a Master’s Degree in economics from the University of Paris II and is a graduate of École Nationale des Impôts (ENI).
He is a member of the Institute of Tax Consultants (IACF).